It is no secret that Millennials spend a huge part of their life online.

A significant portion of that time was spent on social media. This trend leaves many in the 18-24-year old youth and young adult (YAYA) market seeking privacy and anonymity in the increasing amount of time they spend online. The Cassandra Report reports 55 percent of Millennials would rather be anonymous than openly vocal on social media. Intel media suggests Millennials also think new technology is “dehumanizing”.

Mobile applications like Backchat, Secret, Whisper, Erodr and Snapchat have leveraged this trend and developed ways for this audience to communicate in a safe zone.

Here are 3 reasons why the YAYA market seeks anonymity.

1.     The YAYA consumer is concerned about privacy and wants consent.

It may be hard to digest, but the YAYA consumer is definitely concerned about how their private data is being shared — especially when it is without their consent.

The Edward Snowden scandal left an impact and led awareness that our data isn’t always private online. USA Today reports the NSA controversy has spurred a paranoid sociological trend called the “Snowden Truth,” illustrating a possible shift to the return of privacy as a social norm. A Harris Interactive study cites 80 percent of adults changed their social media privacy settings in the last six to nine months as a possible direct result of the trend.

Consent is a fine line with Millennials though. A 2014 Pew Research study reports they think the Snowden leak served public interest.

What Millennials constitute as online privacy is undecided. In a study by the USC Annenberg Center for Digital Future, 70 percent said no one should have access to their personal data or web behavior. On the contrary, 51 percent added this data could be shared – but only if it benefits them. Benefits included more relevant targeted advertising and redeemable coupons for local businesses.

It is stressful for these digitally inclined users to update multiple social profiles on a regular basis. The time spent maintaining each account can be problematic in itself – without the anxiety of worrying if one wrong post could get you fired, put you in danger or socially ostracize you. 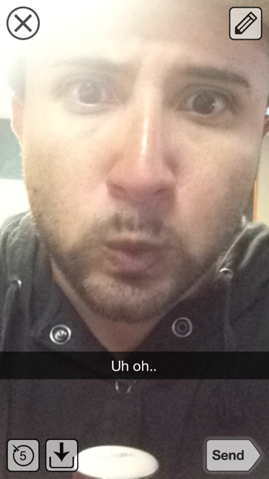 – Snapchat is wildly popular with Millennials and allows users to send and receive “disposable” pictures or videos. Over 400 million Snapchat messages are sent daily. If a user sends a controversial or suggestive picture to a friend, the digital proof is gone within seconds. 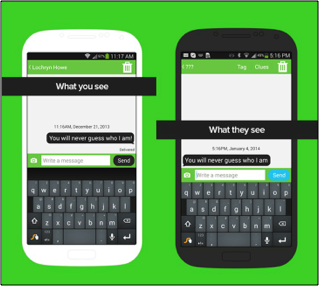 – Backchat allows users to post anonymously to Facebook friends. Messages are sent without the sender’s identity and the receiver is given clues in game format to help guess who composed it. (The idea was actually created by a 14-year-old!) 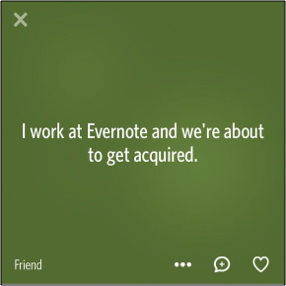 – A viral hoax about Evernote being acquired originated from anonymous platformSecret. 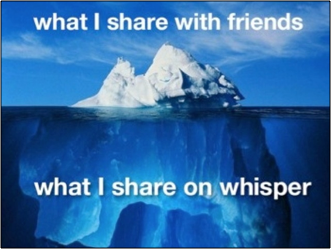 – Hailed as the “anti-Facebook,” Whisper allows users to create anonymous images to express themselves. 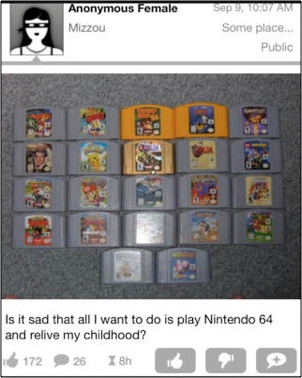 – Erodr is a geo-targeted application for college students only. University of Missouri graduate Drew Halliday created the app to unite students on campus with a variety of posting capabilities. Users can post publicly and anonymously to an audience of friends, just men or just women, or the entire campus. Every post eventually deletes (or “erodes”) and is not saved on a server — a feature that resonates with privacy conscious social media users.

3.     Anonymous features hint at a nostalgic time before the social media explosion.

Before MySpace, you could ask a Magic 8 Ball anything and without scrutiny. On MySpace, you had Truthbox and Ask.fm, where you could anonymously post your thoughts without backlash. Then evolved PostSecrets, another nostalgic remnant of the past.

Brands that get the appeal for nostalgia are BuzzFeed, TeenNick and even Internet Explorer.

Tapping into the Millennial generation is as easy as hitting them in the nostalgic feels. Take it back to an easier, less connected time before the inevitable digital footprint of today.

What do you think about the recent trend of anonymous social media capabilities? Do you think more platforms will start to embody this?

Let us know your thoughts by commenting below or tweeting @YAYAConnect!